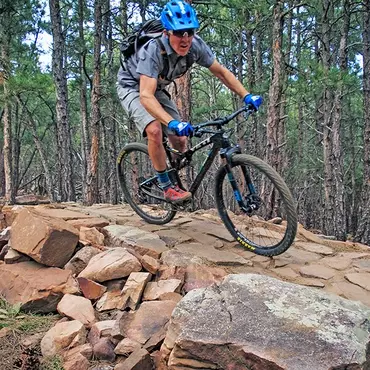 Aaron Clark is a gearhead by birth and dropper-post lovin’ weight-weenie by choice. Having discovered a lifelong love for all things bikes back in Detroit in the early 90’s (aboard his fully rigid, budget-minded Nishiki Crossroads, no less) he began racing his bike all over the Michigan woods. This eventually led Clark to Colorado and eventually to IMBA in 2012 where he works on backcountry mountain bike trail access, policy and legislation as part of the Government Relations team. In his little spare time, Clark coaches cyclocross at a local high school. His best rides are with his wife and two boys who, after careful crafting, now share his love for riding.